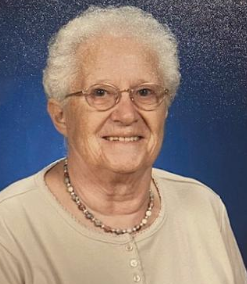 Barbara was known as a feisty woman who  liked being the boss. In her free- time she enjoyed bowling, knitting and bingo. For several years she managed the deli section of the Star Market, Guilderland, and was known as the “Deli Lady”.

She was predeceased by her husband Herbert Schaible.

Services are private. A graveside memorial service will be held at a later date.

In lieu of flowers, donations may be made in Barbara’s memory to the Baptist Health Nursing and Rehabilitation Center, Bus Fund, 297 North Ballston Ave., Scotia, NY 12302

To order memorial trees or send flowers to the family in memory of Barbara M. Schaible, please visit our flower store.