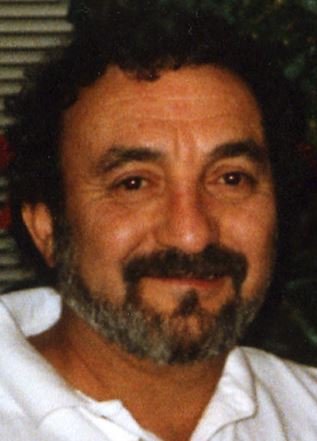 Dominick (Nick) Salvatore Rotundo, 72, of Berne, NY passed away peacefully at the home of his daughter following a short illness on Wednesday, January 20, 2016. A memorial service will be held on Saturday, January 30, 2016 at The Church of Jesus Christ of Latter day Saints, 52 Blue Barns Road, Rexford, NY 12148 at 11:00 am. Dominick was born in Schenectady, NY on April 23, 1943 to Italian immigrant parents, Constantine and Santina Rotundo. He was the youngest of 5 children which included 3 loving sisters and a brother. He and his first wife Lorraine had 3 children together, David Rotundo, Diane (Eric) Selin and Dayna Rotundo. His grandchildren include Joshua Rotundo, Erica (Jarom) Bowman, Kevin (Amy) Selin, Colin (Amber) Selin, Stephanie Selin, Anthony Papa, Nicholas Papa and Marlo Mazzarelli. Dominick was also blessed to be a great grandfather to Brandon Rotundo, Fae & Silas Bowman and Kira Selin. He and his wife Joyce were married for the past 13 years. They enjoyed living in Berne. They enjoyed backyard gatherings with neighbors, friends and family. They loved the beauty of the area and being outdoors. Despite his weakened condition, Dom would always muster up a smile when he knew Joyce was there with him. She was a loving wife and spent hours at his bedside. Dominick was self-taught in many areas including carpentry, furniture making and woodworking and small engine repair. He owned and operated "Rotundo's Small Engine Repair" in Schenectady in the 1980's. He was also a musician playing the drums in the band "Mickey" who played at local night clubs and weddings during the 70's and 80's. As a carpenter he worked on many big projects including Crossgates Mall. For the past 15 years he has been employed by Berkshire Farm Center & Services for Youth as a secure detention maintenance worker where he used his acquired skills in a variety of ways. Dominick had many interests and hobbies. He was a sportsman with rifle and rod. Dominick loved animals. Throughout his life he had many dogs and he eventually owed 2 horses, a goat, a few birds and cats. He enjoyed bird watching in his own yard where he kept and maintained a variety of bird feeders. His passion was for his vegetable garden where he enjoyed spending his spare time. Growing and harvesting vegetables brought him much pleasure. He canned his fresh grown vegetables and tomatoes which he enjoyed throughout the year. He was known for his home grown garlic and at times planted several hundred heads. He was generous with his bounty sharing it with friends and family. Cooking was another favorite pastime and much time was spent in the kitchen cooking mostly Italian foods. Dom loved his "man toys" including his Kubota tractor which he affectionately named Kelly, his John Deere riding mower and his Chevy pick up truck. He was a true and dedicated fan of the New England Patriots.
To order memorial trees or send flowers to the family in memory of Dominick Salvatore Rotundo, please visit our flower store.