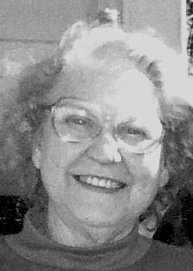 Doris Louise Coburn Watson, 93, passed away Sunday, October 18, 2015, after a long illness. She died peacefully, attended by members of her family at Teresian House, Albany, where she had been a resident for over a decade. Doris was born to Olga and Hubert Coburn in Erie, Pa, on May 3, 1922. She showed an early interest in music, taking piano lessons and singing in her high school a cappella chorus. The first woman in the family to attend college, she received a B.A. in psychology from Wilson College in 1944. She married Robert Page Watson in the same year and they moved to Schenectady, NY. They raised four children and four grandchildren. Doris and Robert were among the earliest members of Lynnwood Reformed Church in Guilderland. When the church expanded, Doris became the church organist, a position she held for ten years. She was a very active and respected member of the church, serving as elder and president of the Women's Guild. Doris was known for her quick wit, outrageous puns, a sparkling smile, and a flair for the unusual. She loved swimming, walking, traveling, singing harmony, knitting, weaving, doing word puzzles and spending time with her children and grandchildren. In her later years her eyesight faded but she never lost her smile, her joy in living and her love of family. Her children's friends often came to think of her as their "second" mom. Everyone who has crossed paths with Doris has certainly been blessed. Doris is survived by her children, Brian of Canton, N.Y., Lauren and his wife Cherie of Norway, N.Y., Janith Mason of Guilderland, and Mark and his wife Maureen, also of Guilderland, and by grandchildren, Sarah, Alexander, Jack and Kate. She was predeceased by her husband Robert; her sisters Janith Wilson, Helen, and brother Hubert Jr. A memorial service will be held at the Lynnwood Reformed Church, 3714 Carman Rd., Guilderland on Friday, October 30, at 7PM. In lieu of flowers, memorial donations may be made to Lynnwood Reformed Church, 3714 Carman Rd., Schenectady, NY 12303.
To order memorial trees or send flowers to the family in memory of Doris Watson, please visit our flower store.