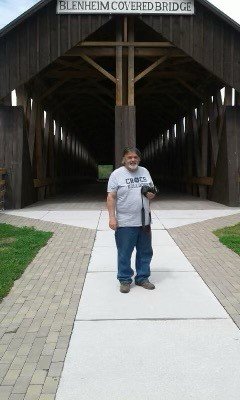 EAST BERNE- Douglas E. Michaels, 66 of East Berne, NY, passed away peacefully on Saturday, February 20, 2021 at Albany Medical Center Hospital of complications from Multiple Myeloma, which he had been fighting since 2012.

He was born on January 26, 1955 and was a life long residence of East Berne. Douglas was a union electrician, working for Kasselman Electric in Albany for many years until his retirement in 2017.

Douglas’s most loved hobby was his camera. He was never without it. He also enjoyed taking pictures of school sports. He spent a lot of time taking pictures in the Cobleskill, NY area.

Keeping with Douglas’s wishes, there are no services.

To order memorial trees or send flowers to the family in memory of Douglas E. Michaels, please visit our flower store.