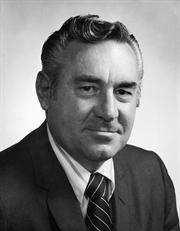 Breitenbach, Edward A. ALTAMONT  —  Edward A. Breitenbach, aged 85, died at Albany Co. Nursing Home in the evening of January 7, 2013, when God called him.   The youngest son of William Breitenbach and Erna Beyreuther, Ed was born in 1927 in Glendale NY. He was an avid ballroom dancer and loved to figure and roller skate. He served in the U.S. Navy near the end of World War II during which time he managed a foundry, competed in Golden Gloves boxing and manned a destroyer escort. He married his neighborhood sweetheart Mildred Dannhardt in 1950. They performed in community theater and started a family in Queens Village. He studied architecture at Fordham and was a draftsman at several NY firms, including Harrison & Abramovitz where he worked on The Empire State Plaza towers and the U.N. The family moved upstate in 1960 and built their home near Altamont.   Ed earned his architectural license in 1962. He served as architect for the Dept. of Social Welfare reviewing the planning and construction of nursing homes and hospitals throughout NYS. In 1964 he opened his own architectural practice, specializing in nursing home and hospital design, dozens of which were built throughout the northeast. He initiated the trend of nursing home design, where numerous wings projected from a central nurses station. Some familiar local projects that Ed designed are Altamont Key Bank, St. Lucy's Parish Center, Guilderland Nursing Home, and LaSalette’s Gymnasium and Offices, as well as many area homes and businesses.   Ed was active and generous in church and community organizations. He was a founding member and first president of the Guilderland Chamber of Commerce, fundraised for Mill Hill Missions, co-founded the St. Joseph Marian Center, later acting as president. Ed and his wife were highly invested in spreading the message of Mary Our Lady of Fatima. In 1974 he ran for U.S. Congress on the Republican and Conservative lines. After his dear wife Mildred passed in 2004, Ed volunteered for Community Hospice and taught religious education at St. Madeleine Sophie.   Ed is survived by his brother William, his sons Thomas and Joseph, his daughter-in-laws Debra (Barnes) and Ruth (Moscinski) and grandchildren Jessica Mubuyaeta (married to Elton), Travis, Danielle and Tuesday, and great-granddaughters Quincy and Whitney. They were happily married until her early death in 2004.   Viewing hours are Friday 5-8 pm at Fredendall Funeral Home in Altamont. A mass will be held Sat. 10 am at St. Madeleine Sophie Church followed by burial at St. Cyril in Rotterdam.
To order memorial trees or send flowers to the family in memory of Edward A. Breitenbach, please visit our flower store.