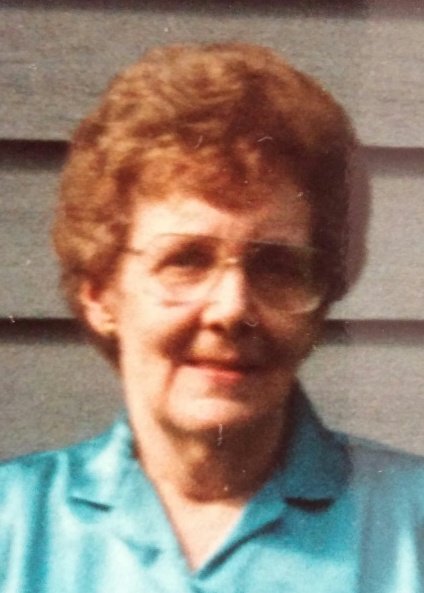 Altamont – Eleanor (Morell) Patnode passed away on March 17, 2015 at Our Lady of Mercy Life Center in Guilderland following an extended illness. She was born November 30, 1921 in Manchester, NH. The daughter of the late Henry Morell and Francis Malinowski . She grew up in foster homes in Boston and graduated from Canton High School in Canton, MA. In 1944 Eleanor married Richard L. Patnode of Isle La Motte, VT who was on active duty with the US Army. Following his discharge, they lived in Isle La Motte until 1953, when Richard took a job with General Electric in Schenectady. They then took up residence in Altamont, where she lived the remainder of her life. Her husband Richard died in 2000 and her son Michael predeceased her in 1982. Eleanor was a devoted mother and homemaker. She was a constant communicant of St Lucy's Catholic Church and a committed caregiver to several individuals who needed her friendship and assistance. She is survived by three of her children, James Patnode (Marcie) of Queensbury, NY, Diane Patnode of Altamont and Kathleen Patnode of St College, PA; her grandchildren Corey, Josh, Timmi, Chris (Kristin), Cindy and Robyn (Jonathan); great grandchildren Ethan, Benjamin, Brooke and Makenzie; her sister Patricia Coyne of Weymouth, MA and sister-in-law Madeline Patnode of Alburg, VT.. Calling hours will be from 11:00am to 12:30pm on Wednesday April 1st at Fredendall Funeral Home, 199 Main St., Altamont. A Mass of Christian burial will follow at 12:45PM at St. Lucy / St. Bernadette Church 109 Grand St. Altamont with interment at Fairview Cemetery in the spring. The family would like to thank Dr Hedy Migden, and the caregivers at both Our Lady of Mercy Life Center and Guilderland Center Rehab for their caring support and assistance. In lieu of flowers, the family suggests donations be made, in her name, to the SPCA or any animal shelter. Online condolences may be made at www.fredendallfuneralhome.com
To order memorial trees or send flowers to the family in memory of Eleanor N. Patnode, please visit our flower store.