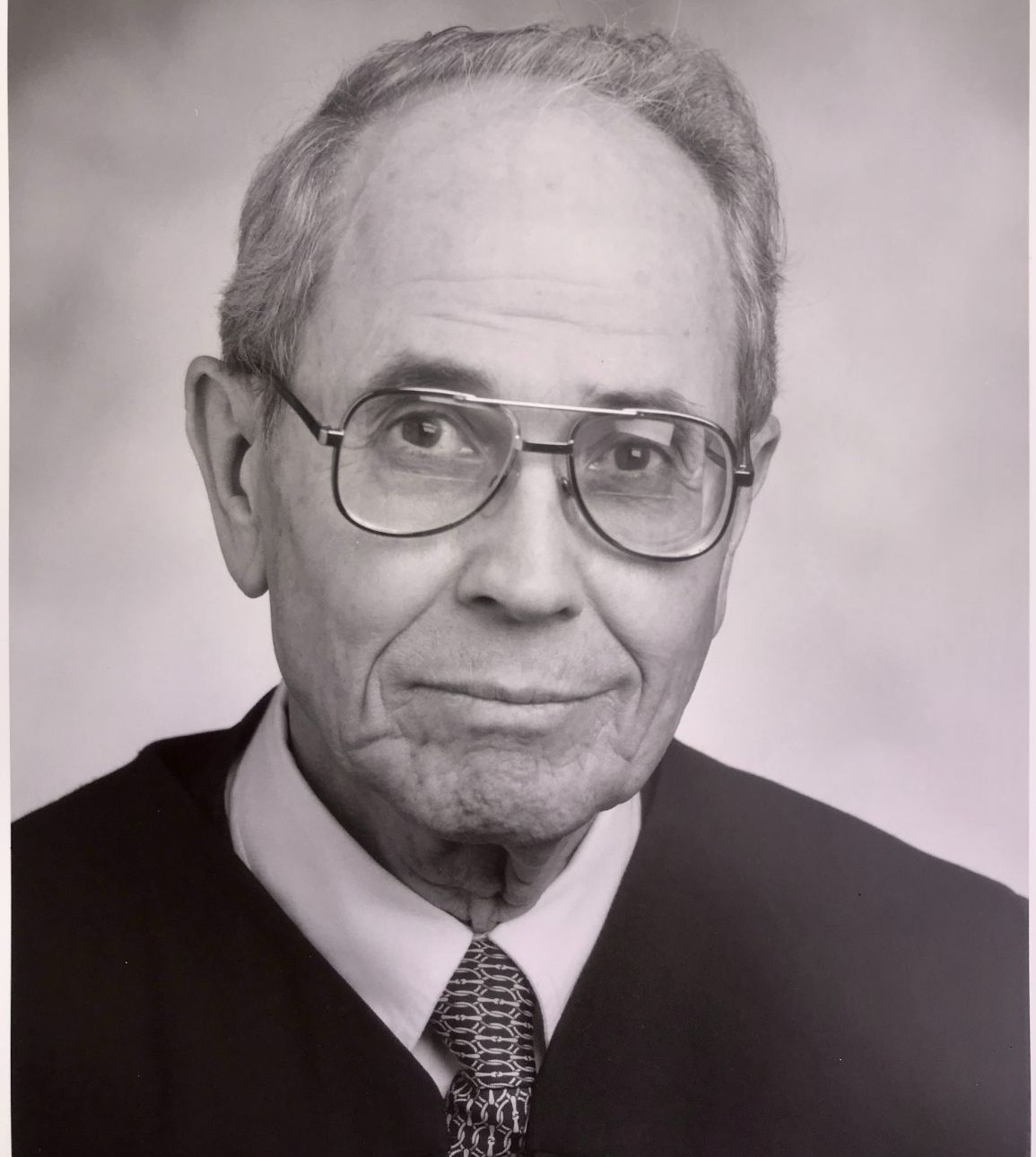 Born in Albany to Harold Sr. and Mildred Vunk Hughes, Harold attended Christian Brothers Academy, Union College, and Albany Law School, where he graduated valedictorian. In earlier years, he served three years in the U.S. Army, was Guilderland Town Justice and Town Councilman, as well as Altamont Justice of the Peace. His devotion was to the law, which he began practicing in 1954. He served as Assistant Attorney General for the State of New York, and Assistant and Deputy Clerk for New York Supreme Court’s Appellate Division, before being elected a Justice of the New York Supreme Court, Third Judicial District, in 1972, a role which he faithfully held for 28 years, including several years as Administrative Judge. He retired in 1999. During his many years on the bench, Harold’s decisions earned him great respect from his peers and colleagues, along with a reputation for being careful, unbiased and tough.

In addition to the law, Harold’s other great loves were reading, sports (especially golf), the outdoors (particularly the Adirondacks), his church, his family, and his lawn (not necessarily in that order). Hal and Mary lived together in Altamont for more than 65 years and spent many happy winters in Tequesta, Florida. A wonderful husband and father, he was a private man, loved by many and admired by all who knew him, for his kindness and his integrity.

A funeral service will be held at The Altamont Reformed Church, Friday, July 8 at 10:00 a.m., with a reception afterward at the church. In lieu of flowers, donations may be made in his honor to Altamont Free Library, P.O. Box 662, Altamont, NY 12009.

To order memorial trees or send flowers to the family in memory of Harold "Hal" J. Hughes Jr. , please visit our flower store.