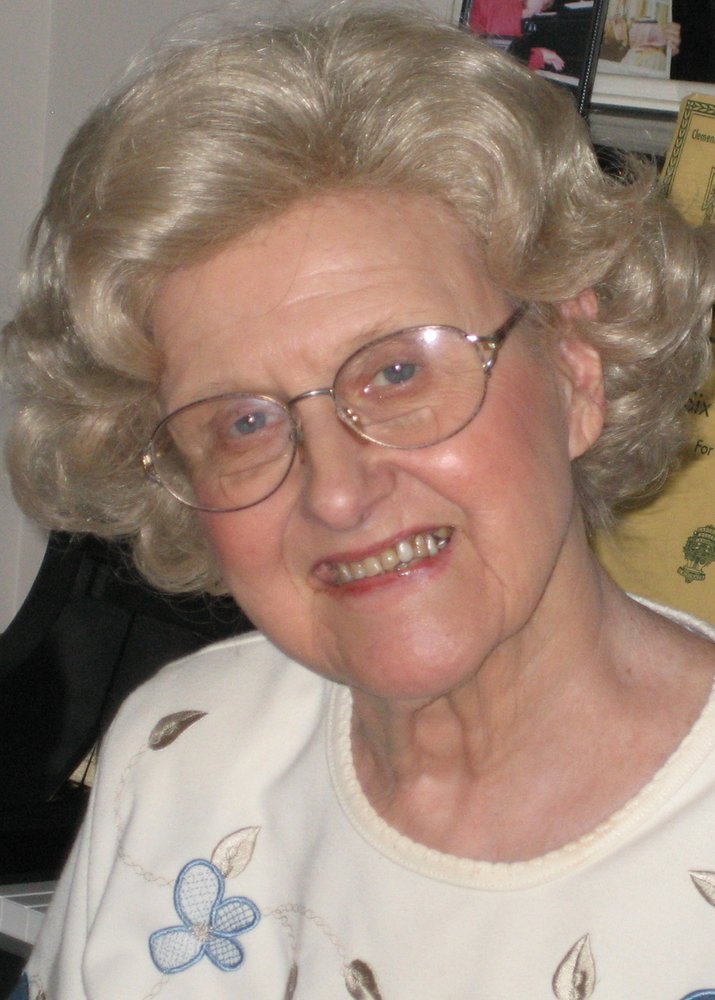 On Sunday morning, December 14, 2014, we lost our beautiful Helen. She left like the real lady she was, calm and sweet and knew how much she was loved. She was born on August 7, 1924 in Yonkers, NY, the daughter of the late Wladyslaw and Sophia Bogdan. She was predeceased by her husband David in 1997, and her brothers and her sister. She is survived by her son Keith (Casey) Kinnally, and her daughter Susan (Bill) Wein; three grandchildren, Michael Kinnally, Peter (Morgan) Kinnally and Kate Wolf; five beloved great grandchildren and many nieces and nephews. She attended Catholic schools in Yonkers. Her early career was as a runway model in NYC. She married David when he returned from the war. They raised their two children in their home in Yonkers and spent many hours entertaining their family and friends. Her children's friends were always welcomed. Helen was a gardener, seamstress, decorator and a piano player. In 1972, they moved upstate and built their home in Altamont, NY. When Helen retired from the phone company, she was active in their church. She was a member of the Altamont Senior Citizens and was a volunteer for the Community Caregivers for many years. We would like to extend our thanks to the Daughters of Sarah nursing family for their expertise and loving care in her last year. Calling hours will be held on Wednesday, December 17, 2014 from 4-7 PM at Fredendall Funeral Home, 199 Main Street, Altamont. A Mass of Christian Burial will be held on Thursday, December 18, 2014 at 10AM at St. Lucy's / St Bernadette R.C. Church 122 Grand Street, Altamont, with entombment to follow at Memory's Garden, 983 Watervliet Shaker Rd., Albany.
To order memorial trees or send flowers to the family in memory of Helen Kinnally, please visit our flower store.