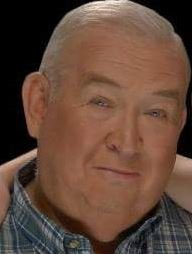 James (Jim) Edward Baker was born on July 14, 1939 to Walter and Isabel (Quay) Baker. He began his life "up on the hill", where he proudly went to Berne Knox School with his little brother, Robert (Bobby) Baker. Growing up on the hill, he learned to appreciate all things nature had to offer from feeding the chickens, shoot a gun; taking out an elusive head of cabbage with said gun (those of you who knew Jim know that story). Jim met Dorothy Pelzer, they dated, visited Dorothy's horse, "Spoke" (pronounced and spelled Spooky, but Jim's spelling was always a little special), dressed up as the King and Queen of Hearts (this was not the only time Dorothy got Jim to get dressed up in costume) and so much more. Jim graduated from Paul Smith's College in 1959 with a degree in Forestry. Jim continued to come home to visit Dorothy during his college years until in July of 1961 they married. From there Jim went on to attend Cornell University. During their time in Ithaca, they welcomed their first daughter, Amy Elaine Baker and soon to follow, Betsy Lynne Baker (Martineau). Jim graduated from Cornell with a Bachelor's Degree in Horticulture. He then went to work for White Nurseries in Mecklenburg, NY as the nursery manager. In 1965 he found employment with the United States Department of Agriculture Soil Conservation in Ellicottville. The family moved to Franklinville. The next year he gained a new position and the family moved to Johnstown in 1966. Jim worked for the USDA for decades in a number of capacities and obtained promotions that brought him to Chestertown and Warrensburg, NY, where he held the position of Resource Conservation and Development Coordinator for many years until his retirement. During his time with the USDA he helped hundreds of farmers, agriculturalists, environmentalists, villages and towns to protect the environment while helping people to use their land to its' fullest potential. He was very proud of the work he did, particularly his instrumental work in the Adirondacks for the 1980 Olympics including layout out the cross country ski trails, building and positioning the ski jump tower and more. After retiring from his federal positions he accepted a state position with the Saratoga County Soil and Water Conservation Department of Ballston Spa. He was a key proponent for their annual tree and shrub sales (where he continued to volunteer even after his retirement in 2006.) Jim continued to work through the retirement. He spent time working for the New York State Nursery, Brown's Ford and most importantly, "Baker's Blueberries". At home in Johnstown, Jim served as a deacon and elder of the Johnstown Reformed Church. He also served as Supper Committee Chairman with his "brother" Larry Lachmayer. Jim even has a closet at church known as "Jim's Closet" where he would squirrel away items for future fundraising events. The dynamic duo Larry & Jim, hooked up and managed the church suppers, went hunting, enjoyed square dancing and most regularly to play pinochle (with Ginger and Dorothy by their sides). Jim served for many years as an officer and member of the F, J & G Square Dance Club and Cross Trails of Canajoharie. As many of you are aware, Jim not only considers his blood relatives family, but has a large circle of friends he considers family as well. One of these brothers is Willie Fisher. Jim and Willie and their wives would build a friendship that would flourish over the years and even distance couldn't pull apart. Jim and Willie shared their love of firearms, hunting of every sort and so much more. "Brothers" that Jim held in his heart were: Larry Lachmayer, Jack Millard, John "Broffie" Stortecky, Dick Rasmussen, Gary Frederick, Mark Franze, and Ken Coirin to name a few. This band of brothers shared some of Jim's favorite things - hunting and fishing and telling of the stories about a buck or fish that got away. Jim had a great love of people that was never ending. He always believed if we all worked together, we could do anything. Jim fought a valiant fight until the end trying to be here for a certain little girl who was the apple of his eye. But alas, he will now be the guardian angel that will help her through the end of her days, guaranteed. Jim was predeceased by his parents, Walter and Isabel. He is survived by his loving wife, Dorothy Pelzer Baker of Johnstown; his brother Robert (Bobby) A. Baker and wife Catherine of Duntocher, Scotland; his daughters Amy E. Baker (John Smith) of Voorheesville; Betsy L. Martineau (Lance) of Delanson; his grandsons Zachery James Martineau of Schenectady and Christopher W. (Kelley) Putman of Jacksonville, NC; and the one very adoring, apple of her grandfather's eye, wind-around-the-finger, "Punkin" granddaughter, Taylor Elaine Martineau of Delanson; great grandsons Brady, Keegan, Quinn and Sullavan Putman of Jacksonville, NC. He also leaves behind sister-in-law, Mary Jane Pelzer of Saratoga; brother and sister-in-law, Richard & Sandy Pelzer of Middlegrove; nephews & niece Morgan (Elaine) Baker of Duntocher, Scotland, Jason (Gemma) Pelzer of Tenafly, NJ, Meredith (Lyman) Saltsman of Delanson, Michael Pelzer of Washington, DC as well as great niece and nephew Alice Pelzer and Clayton Saltsman. Calling Hours and Service will be held at Fredendall Funeral Home, 199 Main Street, Altamont, NY 12009. Calling hours will be held on Thursday, February 4 from 5 to 8 pm. A celebration of Jim's life will be held on Friday, February 5 at 11 AM. Donations in celebration of Jim's life can be made to Johnstown Reformed Church, 351 North Perry Street, Johnstown, NY 12095.
To order memorial trees or send flowers to the family in memory of James E. Baker, please visit our flower store.