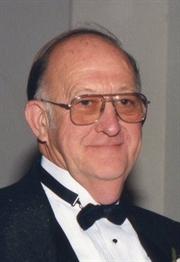 John C. O'Mara, 81, formerly of Albany and Altamont, died on Friday November 12, 2010 at Our Lady of Mercy Life Center. Born on August 27, 1929 in Albany, NY, he was the son of the late John and Ruth O'Mara. He owned and operated Guilderland Sanitation for 33 years from 1959 until 1992. He was a member of the St. Boniface Episcopal Church. John is the father of Irene R. O'Mara of Westerlo, John P. O'Mara and his wife Patricia of Guilderland Center, and Michael W. O'Mara and his wife Theresa of Altamont; grandfather of Erin, Margaret, Sean, Kathleen, and Michael O'Mara; brother of Ruth O'Mara. He is also survived by many nieces and nephews. John is predeceased by his wife Mary M. (nee Swint) O'Mara on October 8, 1994, their son Daniel O'Mara, a brother William O'Mara and a sister Rosalie O'Mara. A funeral service will be held at 10:30 AM on Tuesday, November 16, 2010 at St. Boniface Episcopal Church, Guilderland, followed by an interment in Prospect Hill Cemetery. Friends may call Monday from 4 PM to 8 PM at the Fredendall Funeral Home, Altamont. In lieu of flowers donations may be made to Our Lady of Mercy Care Center, Guadeloupe Unit, 12 Mercy Care Lane, Guilderland NY 12085
To order memorial trees or send flowers to the family in memory of John C. O'Mara, please visit our flower store.