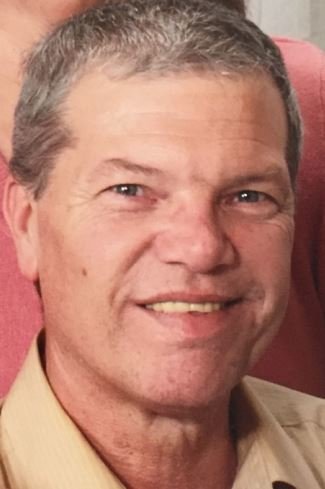 Rotterdam- LeRoy H. Brown, Jr. On January 3, 2016, Lee Brown lost his courageous battle with brain cancer, peacefully at his home, surrounded by family. He was born July 9, 1948 to LeRoy Henry Brown Sr. and Melba Lee Brown in Long Beach, California and was the eldest of five children. He spent his formative years adoring his siblings Ron, Mike, Vicki and Steve. When he was 17 he met an amazing young woman named Doris who would go on to become his best friend and partner/wife for the next forty-eight plus years. Together they would raise six devoted children who would eventually create what was seemingly his greatest joy as he grew older…his 14 grandchildren. Lee was a great outdoorsman who truly loved spending time hunting with his best friend Bob Madison. He also appreciated every moment he spent with his vast family in Yosemite National Park, where he spent many summers as a child and was fortunate enough to rediscover as an adult. But where Lee truly blossomed was when he was singing and playing his guitar for family and friends. That was when his electric smile always charged his adoring spectators, which in turn would inspire him to sing even louder. Lee worked as a Stationary Engineer at General Electric in Schenectady for 38 years. He was also a dedicated Jehovah's Witness for 47 years, and served his congregation faithfully in many ways, including serving as a full time pioneer, dedicating his time to teaching people from the Bible, until his health no longer permitted. He is survived by his beautiful wife of almost five decades, Doris (Rickard); His six children: Brian R. Brown, Sr., Steven Brown, Nichole Warner (Robert), Scott Brown, Joseph Brown (Gabriela) and Tracy Brown; His four siblings: Ronald Brown (Susan), Michael Brown (Sally), Vicki Lundy- Scanlon (Timothy) and Stephen Brown; As well as many, many grandchildren, nieces and nephews spanning both coasts of the country. He was a husband, father, brother, grandfather, uncle, cousin, nephew and son and we will miss him every day from now until we are reunited in the resurrection (John 5:28,29). None of us will forget his warm and loving personality, his endearing sense of humor or his gentle eyes. We love him. Please join us in remembering Lee on Friday, January 8, 2016 at 7:00 pm at the Kingdom Hall of Jehovah's Witnesses located at 6167 Depot Rd., Guilderland Center, NY 12085. Donations may be made in Lee's memory to his congregation of Jehovah's Witnesses at the above address.
To order memorial trees or send flowers to the family in memory of LeRoy Henry Brown, please visit our flower store.