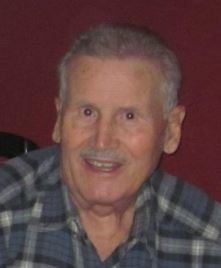 Porter, Mace Everett, 91, of Berne died peacefully at home on July 28, 2020. Born in Broome, NY, Mace was the son of the late Robert L. Porter and Anna Mae Porter. After high school, Mace served in the United States Air Force for over 21 years where he earned the rank of Master Sergeant. When stationed overseas in England, he met and married his wife of 53 years, Maureen. After retiring from service, Mace returned to Berne and went to work as a plumber and steamfitter at General Electric Company for the next 20 years. During this time, he enjoyed fishing with his service buddy and best friend Ed.

Mace was a proud Veteran; participating in the Honor Flight to Washington D.C., various Veteran and Memorial Day celebrations and events throughout the years as well as being a part of the American Legion. During his recent retirement years, he enjoyed going on day trips with the senior group, being a part of the Berne Masonic Lodge, and having breakfast with the Old Men of the Mountain. He loved living around his many relatives and friends, and he appreciated the fellowship and help of these people throughout the years.

He is survived by his loving daughter, Tina Bouton; granddaughter Danielle Bouton-Wales, husband Bill Wales, and children Eric and Danielle; great-niece Monica Poitras, husband Larry, and son Benjamin. He is also survived by many nieces, nephews, and other close friends.

Calling hours will be held on Saturday, August 1, 2020 from 11AM – 12Noon at Fredendall Funeral Home, 199 Main Street, Altamont. A Graveside service will be held at 12:30PM at Woodlawn Cemetery, Berne.

In lieu of flowers, donations may be made in Mace’s memory to the Helderberg Ambulance, PO Box 57, Berne, NY 12023.

To order memorial trees or send flowers to the family in memory of Mace E. Porter, please visit our flower store.