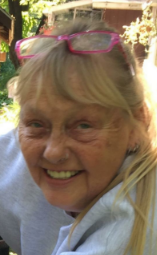 East Berne- Marcia J. Pangburn, 60, cherished mother, grandmother, daughter, sister, aunt and friend passed away January 7, 2018 after a short illness. Marcia was born January 11, 1957 to Lora and the late Raymond Ricketts. She was the devoted mother to Brandon Clark (Jennifer Smith), Miles Pangburn (Melissa) and Kyra Swan. She was the proud grandmother of Samson Clark, Nichole Clark, Iain Bullis and Madeline Pangburn. Marcia had recently retired from the VA Medical Center where she worked in the radiology department as an x-ray tech for 28 years. Marcia's children and grandchildren were the center of her life. Marcia befriended everyone she could and shared her love. Marcia is also survived by her beloved sister Kathleen Carnevale (Gary), her adored nieces Kassi Martin (Jared) and Danielle Ricketts and cherished great-nieces Zoey Babcock and Katherine Martin. She is also survived by many aunts, uncles, cousins and friends. In addition to her father Marcia is also predeceased by her son Derrick Clark and her brother Daniel Ricketts. Friends may call on Friday January 12, 2018 at Fredendall Funeral Home, 199 Main St., Altamont, NY from 5-8 pm. Funeral services will be held Saturday at Thompson's Lake Reformed Church, 1210 Thacher Park Rd, East Berne at 1 pm. Internment will take place at Thompson's Lake Cemetery at a future date.
To order memorial trees or send flowers to the family in memory of Marcia J. Pangburn, please visit our flower store.