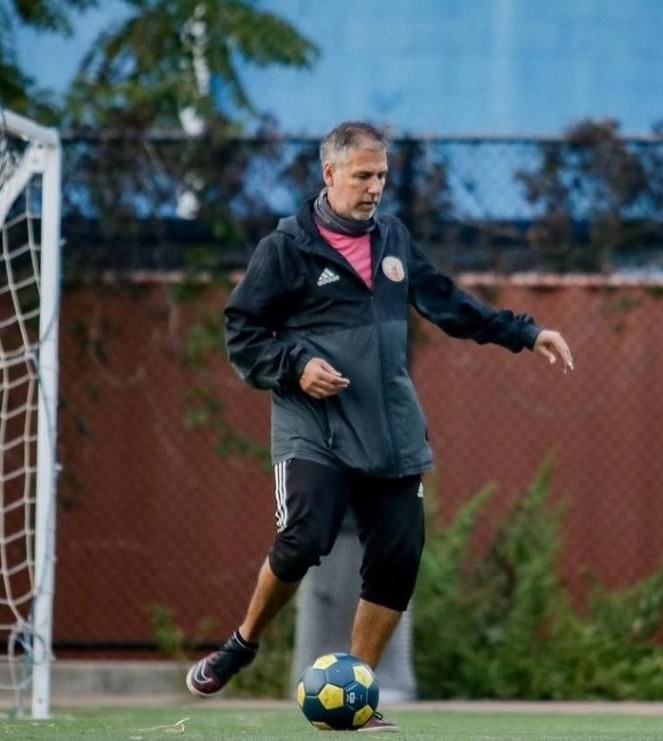 Mark was born in Jersey City, son of Lillian Blanchard and John Burzynski, and is survived by his two children, Layla Finn & Oren Burzynski, partner Bernice Kelly, his sister Daria Gage and his brothers Joel, John & Matthew, several nieces and nephews, and his cat Eliot. Mark was the former husband of Amanda Mathews. He found his niche in Brooklyn, New York, working for ITO EN, and as a soccer coach for FC Select, spending the majority of his free time pursuing his passion for soccer between McCarren & Bushwick Inlet Parks.

Described as an incredible figure in the Brooklyn soccer community, Mark tirelessly gave his time to hundreds of families and players as a coach, a referee, and a teammate, all the while spreading his love of the beautiful game.

Mark was a kind, witty, generous, ambitious and genuine person who served as a role model and friend, dad, brother, partner, and son. He connected with his people through his love of music, movies and the best dad jokes and metaphors ever.

Before he passed, Coach Mark shared that he was deeply moved to see so much support from the community he had given so much to.

To support the memory of Mark, his family would prefer contributions to the Trust Fund that was set up by his beloved community, to benefit his children and the kids he coached https://www.gofundme.com/f/m35b8c-coach-mark-famil...

Details of his life celebration will be posted on Instagram @coach_mark_trust

To order memorial trees or send flowers to the family in memory of Mark Burzynski, please visit our flower store.