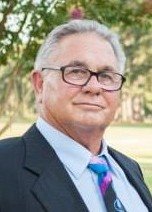 Mark Benedict Von Haugg died peacefully at his home in Knox on May 9, 2015 at the age of 74. Mark was born on February 19, 1941 in Albany, NY to Lothar and Bertha Von Haugg. He grew up on Cole Hill on a farm with his parents and four siblings, Isolde, Diana, Tristan and Richard. He graduated from Berne-Knox-Westerlo Central School in 1960 and married Patricia Komjathy that same year. He then joined the Air Force in 1960 as an Aircraft Technician where he was stationed on Long Island. In 1964, after Mark was honorably discharged, he and his family eventually settled in the town of Knox where they have remained since. Mark enjoyed many outdoor activities such as fishing, hunting, hiking and gardening. The family owned several horses over the years. He especially enjoyed spending time with his family during celebrations. Mark is survived by his wife Patricia, and his four children, Mark (Lynette) of Shelburne Falls, MA, Morgan (Linda) of Pikeville, NC, Matthew (Susan) of Knox, NY and Amanda of Herkimer, NY. He is also survived by his nine grandchildren Jason, Morgan, Sarah, Matthew, Joshua, Stephen, Samantha, Marleana and Tarah. Calling hours will be held at Fredendall Funeral Home in Altamont on Thursday, May 14, 2015 from 5pm-7pm with a service to follow from 7pm. Online condolences may be made at www.fredendallfuneralhome.com
To order memorial trees or send flowers to the family in memory of Mark B Von Haugg, please visit our flower store.