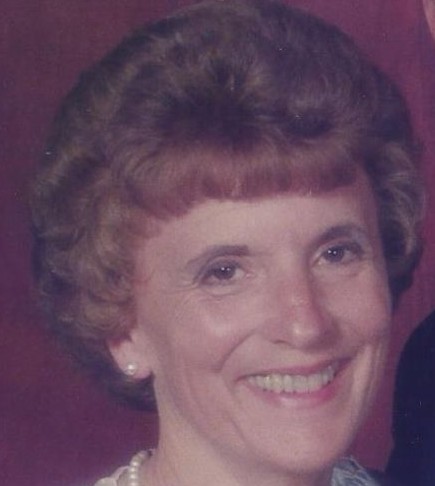 Mary W. Bassler
East Berne - Mary W. Bassler 87, passed away peacefully on Sunday, August 21st, at the family homestead on Warner Lake. The home in which she has lived her entire life since she was 3 yrs old, and was surrounded by her family.

Mary was born to the late Camille (Gallup) and Chester Warner. She was a 1953 graduate of Berne-Knox-Westerlo School, and Valedictorian of her class. Mary was employed by Dr. Richard Esmay who started out in a small office on Warner Lake, then following him to a larger office in Albany, and later joined by Dr. Jack Karol.

Mary loved working for Drs. Esmay and Karol. She knew every patient and had a very strong work ethic. In these 51 years, she managed to raise four children and maintained the family home with her husband Charlie of 62 years. All during this time, she managed to fill in her time with growing flowers in her garden, sewing clothes for herself and others, teaching swimming lessons, quilting, ceramics, working the church suppers, canning strawberries and vegetables from the garden, and making cookies with her grandchildren. All of us can still hear her saying not to go out on the lake without a life jacket.

Mary was a lifelong member of the St. John's Lutheran church in East Berne, and then St. Paul's in Berne.

Mary is survived by her four children, Greg (Deb) of Moscow, ID, Nadine (Pam) of Delmar, Darren (Lisa) of Knox, and Holly (Rich) of Altamont. She is also survived by her grandchildren, Andrew, Dan (Jess), Emma (Nate), Megan (Seth), Kristen (Cody), and Carlie (Nate); and by three great-grandchildren, Ayden, Aubrey and Gil. In addition to her husband Charles, Mary is predeceased by her daughter-in-law Lori L. Bassler (Krouse), her brothers Carl and Robert Warner, and nephew Chet Warner. Survivors include her brother Homer Warner (Sandy), and sisters-in-law, Margaret and Wilma Warner, Phyllis Frisbee and several nieces and nephews.

Visiting hours with the family will be on Sunday, August 28th in Fredendall Funeral Home from 3-5 p.m.  A private family ceremony will be held at the family homestead.

In lieu of flowers, donations can be made in Mary's name to St. Paul's Lutheran Church in Berne.

To order memorial trees or send flowers to the family in memory of Mary W. Bassler, please visit our flower store.