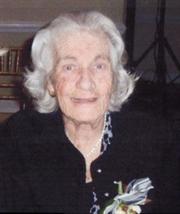 East Berne - Mary Geier Smith passed away, surrounded by her devoted family, on April 27, 2011 at St. Peter's Hospital after a brief illness. Mary was born in Albany on May 16, 1928. She was the daughter of the late Edgar and Julia Mahoney Geier. Mary was a communicant of St. Lucy/St.Bernadette's Catholic Church. Mary lived in Albany until 1973, when her family moved to Warner's Lake in East Berne where her family and her husband Norm's family, had spent their summers. She was a graduate of Cathedral Academy and St. Peter's School of Nursing. In 1977 she graduated, with her daughter Patty, from The College of St. Rose. Mary worked as the Supervisor of the St. Peter's Pediatric Department and retired as the director of Health Services at the College of St. Rose. She also worked as a volunteer with the Berne Volunteer Ambulance Company. After retirement, Mary worked as a volunteer at Berne Knox Westerlo Schools as a Nurse and also was a member of the Berne Democratic Social Club. Mary spent her entire life helping and caring for everyone she could. She was a truly selfless person. Mary was adored by generations as a daughter, sister, sister in-law, wife, mother, aunt, grandmother, great grandmother, and friend. Mary's advice was routinely sought and respected by everyone in her immediate and extended family. She deeply touched everyone in her life and her values will be reflected in the family for years to come. Mary's survivors include her husband of 59 years, Norman Smith, her children Michael Smith of East Berne, Patty (Joel) Willsey of East Berne, Richard (Cindy) Smith of Colonie, and Lisa (Brian) Cavanaugh of Latham and her loving grandchildren, Michael, Jennifer, Christopher (Amanda) and Ryan (Nancy) Smith, Caitlin, Graham and Dylan Willsey, Justin (Danielle) Crosier, Maura Cavanaugh, Michael, Mark and Daniel McCullough and her three great grandsons, Clay, Finn and Iain. She is also survived by her best friends, her sister Irene Kirby and sister in law, Janet Basile, brothers in law Robert (Edna) Smith and Joseph Basile, as well as a host of nieces, nephews, grand nieces and grand nephews. Mary is predeceased by her sister Jean Komas and her daughter in-law Debbie Hughes Smith. A Mass of Christian Burial will be held at 10:30 AM on Monday, May 2, 2011 at St. Lucy/St.Bernadette's RC Church, Altamont, followed by a burial in Woodlawn Cemetery, Berne. Friends may call on Sunday, May 1, 2011 from 3 to 7 PM at the Fredendall Funeral Home Altamont. In lieu of flowers, contributions to Helderberg Ambulance PO Box 54 East Berne, NY 12059 would be appreciated.
To order memorial trees or send flowers to the family in memory of Mary Geier Smith, please visit our flower store.