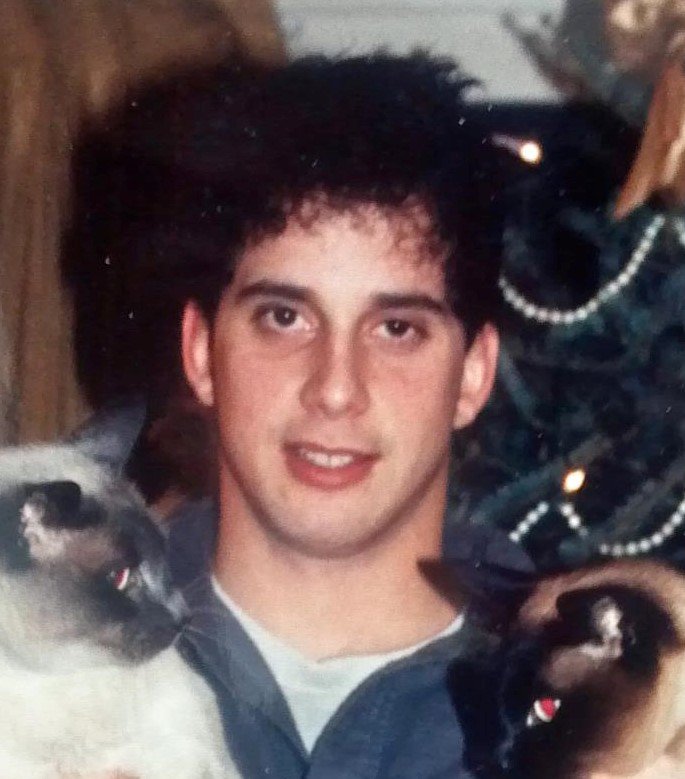 Delmar- Michael Fasulo, 55, passed away suddenly at his home in Delmar, New York on December 17, 2017. Born in Pennsylvania, Michael grew up in Delmar, New York, graduating from Bethlehem High School in 1980. He then went to SUNY Cortland, where he graduated with a Bachelor's in Art after meeting his future wife, Elisa. Winning awards for his performance on the track team, Michael was a long jumper and sprinter, still holding records at his high school to this day. Michael earned a degree in Advertising Design and Strategy from Parsons School of Design in New York City shortly thereafter, and went on to found his own graphic design business and game company, Reindeer Games Inc. before pursuing sales for the remainder of his life. He earned dozens of top sales awards and accreditations for his stints at corporate and boutique sales agencies. Michael was a man of faith, and regularly attended Bethel Full Gospel in Rotterdam. He passions were his girls, whom he adored beyond words. A man of animal compassion, he loved all the various pets he had over the years. Adored by his high school and college friends, Michael was perhaps best known for his humor. Nothing made his day more than being able to make people laugh. Known equally well for his art talent and musical ability, Michael was able to sit down at any instrument and start playing a song. Michael is survived by his children, Alexandra and Allegra Fasulo. Also a father to Eliza Rose Vera, Michael was a best friend and brother to Jeffrey Looman and his best friend, Lisa Fasulo. (This group was also known as "Squad Fasulo") He is also survived by his mother, Marijo Dougherty, his father, Carmen Fasulo, his sisters, Gabrielle, Teresa, and Andrea Fasulo, his brother Patrick Fasulo. Calling hours for Michael Fasulo will take place at the Fredendall Funeral Home at 199 Main Street in Altamont this Thursday, December 21st, from 4 to 6PM. A brief service will follow at 6PM. In lieu of flowers, contributions may be made to Bethel Full Gospel Building Fund at 3669 Guilderland Avenue, Schenectady NY.
To order memorial trees or send flowers to the family in memory of Michael Edward Fasulo, please visit our flower store.