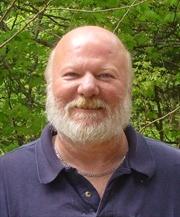 Knox- Richard H. Rue, 51, died suddenly after accident while at camp on Monday, September 6, 2010. He was born on October 11, 1958 in Schenectady, son of Shirley Pendergast and the late Jack Rue. He was a lifelong Hilltown resident, a 1976 graduate of Berne Knox Westerlo High School. He was employed by the Albany County Department of Public Works in Knox. Rick is survived by his wife of 29 years, Connie Rue; a son Jeremy Rue and his fianc Leigha Hillmann; a daughter Kathy Rue; four brothers Russell, Robert, Roger, Ronald Rue and their families. A funeral service will be held at 11AM on Friday, September 10, 2010 at Fredendall Funeral Home, Altamont, followed by an interment in Prospect Hill Cemetery, Guilderland. Friends may call Thursday from 4 PM to 8 PM. Those who wish may make donations in Rick's memory to a charity of one's choice.
To order memorial trees or send flowers to the family in memory of Richard H. Rue, please visit our flower store.