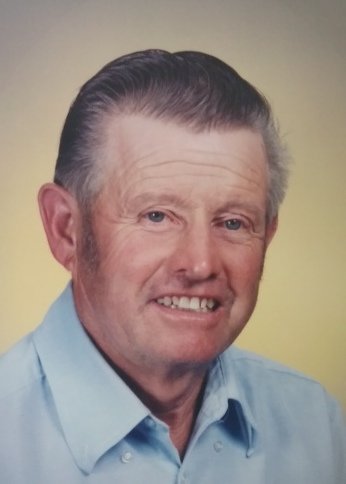 East Berne,NY-Robert A. Warner of East Berne,NY passed away on June 30,2017. He was born on Feb. 1,1931 the son of Camile(Gallup) and Chester Warner.He grew up on a farm on Warner Lake.He graduated from Berne –Knox School.He enlisted in the US Army serving on the DMZ in the Korean Conflict. He was married almost 60 years to Wilma Kelly Warner. He was predeceased by his parents,brother Carl Warner,sons Chester W. Warner and Matthew Warner as well as his father in law William Kelly.He worked as a carpenter most of his life. He is survived by his wife,daughter Nancy Warner,son Christopher Warner(Marnie),brother Homer(Sandy) Warner and his sister Mary Bassler. He is also survived by his grandchildren,Michael,Joshua,Andrea and Logan Warner as well as Amanda Houghtaling and Justin Lee. He is also survived by great grandchildren and several nieces and nephews. Calling hours will be held at Fredendall Funeral Home,199 Main St. Altamont, NY on Sunday July 2,2017 from 6-8pm. A funeral service will be held at the Helderberg Lutheran Church on Monday July 3,2017 at 10:00am. Interment will follow at Westerlo Rural Cemetery. In lieu of flowers donations may be made in Roberts memory to the Town of Berne Library.
To order memorial trees or send flowers to the family in memory of Robert A. Warner, please visit our flower store.