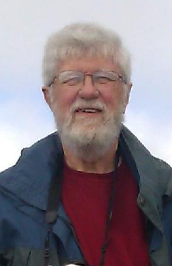 Roger F. Ehlert, 75, passed away on Sunday, August 11, 2019, at Albany Medical Center, with his family by his side, following an 8-month battle against lung cancer. He was a loving husband and devoted father and grandfather, who will be greatly missed.

Roger was born in Buffalo, NY on September 20, 1943, to Frederick C. and Catherine E. (nee Best) Ehlert.  He graduated from Riverside High School, in Buffalo, in 1961.  In 1962, he enlisted in the U.S. Air Force, and served for 4 years.  After completing his military service, he enrolled at the University of Buffalo, earning a Bachelor’s degree in Management and, subsequently, an MBA.

He was employed by the State of New York for over 27 years, retiring in 2006 from the Governor’s Office of Regulatory Reform.

On February 14, 1981, he married Roberta L. Bancroft, and together they raised two children, Brendan and Eileen.

Roger had many interests.  Throughout his life he loved being outdoors doing any number of things, including fishing/boating, birding, gardening, and hiking.  He was an avid reader, and could be found most nights in his recliner, with a cat curled up on his lap, reading a book or magazine.  Above all, he enjoyed spending time with his family and friends.

He was a member of St. Lucy/St. Bernadette Catholic Church in Altamont, where he has been an active participant for over 30 years.

Besides his wife, Roger is survived by his son Brendan and his wife, Haley, of Lake Placid, NY, and his daughter Eileen of Portland, Oregon.  He is also survived by two grandchildren, Isabella and Remy Ehlert.  Several cousins also survive, and many friends.

Calling hours will be from 10:00 a.m. to 12:00 p.m. on Saturday, August 17, at St. Lucy/St. Bernadette Church on Grand St. in Altamont.  A Funeral Mass will immediately follow the calling hours.

To order memorial trees or send flowers to the family in memory of Roger Frederick Ehlert, please visit our flower store.