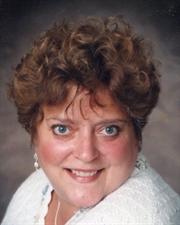 Altamont- Rosemary Smith, 56, beloved wife of William R. Smith Jr., passed away on April 12, 2010 at St. Peters Hospital in Albany. She was a longtime resident of Altamont and an employee of the NYS Retirement System for 34 years until she retired in 2009. Rosemary enjoyed fine cooking, jazz music, and spending time with her family. She was famous for her pies, cakes and her homemade macaroni and cheese. She was known to those close to her for her tremendous singing voice. Rosemary is cherished among her friends and family and will be missed very much. She is survived by two caring brothers, Edmund F. Mack Jr., and Richard (Linda) Mack; two loving sisters, Mary (John) Vedder Dzuba and Kathleen Mack; two nieces, Rachel and Jordan Orenstein; five nephews, Paul (Anne) Mack, Jeff (Laura) Mack, Jim (Marisa) Vedder, Alan (Yvonne) Vedder and Edmund Mack III as well as three great nieces, Kathryn Vedder, Gracie Vedder and Addison Mack. She was the daughter-in-law of William R. Sr., and Rosemary Smith as well as the sister-in-law of David Smith and Jeanne (Steve) Orenstein. She is predeceased by her parents, Edmund and Mary Mack and her brother Carl Mack. A Mass of Christian Burial will be held at 10 AM on Saturday April 17, 2010 at St. Lucy's Church followed by an interment in Prospect Hill Cemetery. Friends may call Friday from 5 to 8 PM at the Fredendall Funeral Home, Altamont. In lieu of flowers donations may be made in Rosemary's memory to the Altamont Rescue Squad, 767 Route 146 Altamont, NY 12009.
To order memorial trees or send flowers to the family in memory of Rosemary Smith, please visit our flower store.