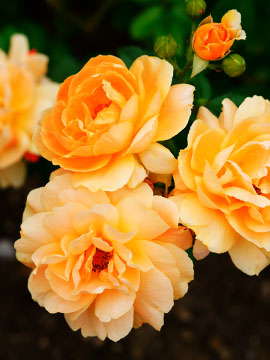 Shirley Anthony Carman died after a short illness on September 3, 2011. The daughter of Anna Blessing Anthony and Merwin J. Anthony, Shirley was born on November 9, 1927 in Schenectady and grew up in the countryside outside of Altamont. Except for college and the last two years of her life, she chose never to live more than a quarter of a mile from her cherished childhood home. A gifted musician, master teacher and church and community leader, Shirley graduated at age 16 from Draper High School and then from the Crane School of Music at Potsdam State in 1947. She later acquired a Masters degree in music education. Shirley started her career as a music teacher at the Carman School, and then worked until retirement as the music teacher and choral director at Jefferson School in the Schalmont District. In 1949, she married Burton "Jack" Carman, who predeceased her in 2002, and combined the roles of wife, mother, teacher, church choir director and volunteer with unfailing energy. A life long member of the Helderberg Reformed Church in Guilderland Center, Shirley was its volunteer choral director for decades, an ordained elder and a member of Reformed Church Women. Upon her retirement, she became active in the formation of the Old Hellebergh Chapter of the Daughters of the American Revolution and also served as the national chairperson of the DAR Conservation Committee. She also was a member of the Mayflower Society. Proud to be a cousin of Susan B. Anthony, she traveled around the state lecturing about her relative's legacy and the importance of women's rights. Shirley is survived by three children; Candace (Richard) Carman Weeks of New Vernon, N.J.; Bruce (Noreen) Carman of Pittstown, NY; and Susie (Francois) Carman Luyet of Haiku, Maui and Saviese, Switzerland. She leaves six grandchildren: Eric (Christine) Magill; Nicholas and Jonathan Carman; and Alexandra, Katherine, and Matthew Weeks. Five great- grandchildren survive (Sheridan, Erica, Joseph and Jaiden Magill; and Mya Carman) as do a brother, Kenneth Anthony of Altamont and a sister, Beverly (Robert) Marx of Centerville, MA and many nieces and nephews. Her children are profoundly grateful to the many family members, friends, doctors and other acquaintances whose love and support added to the quality of her life these last several years. A memorial service will be held on Saturday, September 17 at 3 p.m. at the Helderberg Reformed Church, Guilderland Center, NY. Donations may be made in Shirley's memory to the Susan B. Anthony House, 117 Madison Street, Rochester NY 14608 or Church World Service, Disaster Relief, PO Box 968 Elkhart, IN 46515.
To order memorial trees or send flowers to the family in memory of Shirley Anthony Carman, please visit our flower store.