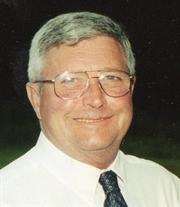 Knox - Stewart R. Kidder, 66, passed away suddenly at home after a brief illness on November 24 2010. Born in Rumford, Maine on Aug 26 1944, he was the son of Harland and the late Hilda Kidder of Rangeley, ME. Stew was a graduate of the Rangeley ME High School, and graduated with a degree in Forestry from Paul Smith's College. As a young man Stew was involved with ski racing throughout the eastern US, competing on the eastern circuit for six years. After college graduation he embarked in a career in the ski lift industry, culminating in the position of Vice President of sales and project management for Von-Roll Habbeger, one of the top tramway manufacturers in the world. Stew served with the 127th Ordinance Company NYANG from 1965-1972. He also was an avid skier, hunter, fisherman, camper and all around sportsman. He was a member of the National Ski Patrol, where he was registered as a senior patroller, outdoor emergency care instructor, and alpine rescue instructor. He was very active in civic programs over the years including the Red Cross blood drives, American Cancer Society fund drives, and Special Olympics programs. He was a past president of the Greater Watertown Jaycees and appeared in the 1971 edition of outstanding young men of America. Stew was a past member of the National Ski Areas Association and Associate VP of the Ski Areas of NY and in 1978 was appointed by Governor Hugh Carey to the NYS Passenger Tramway Council. That year he oversaw and inspected the installation of ski lifts for the 1980 Winter Olympics. Thereafter, Stew was the chief of the Bureau of Winter Recreation for the NYS Department of Environmental Conservation, responsible for the administration and operation of Belleayre, Gore, and Whiteface Mountain ski areas and the Whiteface Memorial Highway and the Mount Van Hoevenberg Rec Complex. At the time of his death, Stew had been with the NYS Department of Corrections for 27 years and spent the last 10 years as the Director of Support Operations. For several years Stew was involved with the Town of Knox Planning Board, served as a Town of Knox Republican Committee Man, and was past President of the Hilltown Republican Club. He was a past Master and Secretary of Berne Lodge 684 Free Excepted Masons, a member of the Valley of Albany Scottish Rite Bodies, Cypress Temple Shrine, and Albany Court 77 Royal Order of Jesters. Stew is survived by his devoted wife, Gail Ronan Kidder, his loving children, Todd Kidder and Karin (Bob) Dagley, his father Harland Kidder, his brother James (Deborah), and two nephews. He will be missed by Gail's immediate family, including her children, Michael (Molly), Jason and Adam Wroblewski and his father-in-law Newton Ronan. Stew was also the loving Grandfather of Grace, Jack, Maeve and Liam. A memorial service will be held at the Altamont Reformed Church at 11 AM on Monday November 29, 2010. Friends may call on Sunday from 2 PM to 6 PM at the Fredendall Funeral Home, Altamont. A private burial to be held in Woodlawn Cemetery. As the Berne Masonic Lodge was very dear to Stew, in lieu of flowers, donations to the Berne Masonic Lodge in memory of Stewart Kidder would be appreciated. They may be sent care of Jerald Irwin, treasurer, 1097 Knox Cave Road, Altamont, NY 12009.
To order memorial trees or send flowers to the family in memory of Stewart R. Kidder, please visit our flower store.