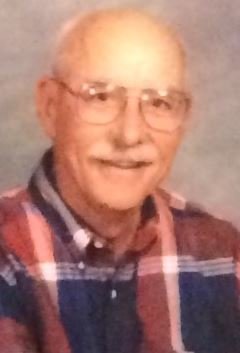 Thomas R. Spohr passed away peacefully on Saturday, June 25th with his family by his side. He was a 50 year resident of Altamont NY. He is survived by his wife of 54 years, Patricia Spohr (nee Brennan), and his son Jeremy Spohr, and daughter-in law, Hiroyo Saito. He was the son of George and Olive Spohr, the brother of Jane, Georgiana, Richard, Donald, and James. He was predeceased by his siblings Olive and Robert. He will be greatly missed by his numerous nieces, nephews and grand nieces and nephews as well as a large community of friends. Tom was born at Albany Medical Center on May 5th 1934. He spent his early childhood living in a farmhouse located on the property which is now the Five Rivers Environmental Education Center. His family then moved to Bangall, NY (in Dutchess County) and spent his youth playing sports with his many siblings and friends. Tom was a graduate of Pine Plains Central High School. Following high school, Tom served in the US Army in the late fifties and was based in Maine, New Jersey and Japan. He was a graduate of Hudson Valley Technical School (now HVCC) and SUNY~Albany where he cultivated his love of history. Childhood acquaintances, Pat and Tom began dating after a New Year's Eve party. After they married in 1962, the couple moved to the capital region and eventually settled in Altamont. He worked for many years at GE in the Gas Turbine purchasing department in Schenectady NY. In the sixties, seventies and early eighties he was an outstanding Fast Pitch softball pitcher in the Capital Region and Mid-Hudson Valley. He was so committed to softball that Pat recalls having to return early from their honeymoon for a game in Pleasant Valley, NY. One of his proudest achievements was winning the Northeast Regional Tournament and advancing to the National Fast Pitch Softball Tournament in Bloomington IL in 1983. His love of softball was a joy he shared with his son toward the end of his career. In his retirement, Tom was an enthusiastic member of his community, volunteering in support of the Altamont Free Library, The Community Caregivers, and playing golf with the Chopper League at French's Hollow Fairways. He also enjoyed traveling. He was able to return to Japan in 2001 to see the country 50 years after his first visit. Calling hours will be held on Friday, July 1, 2016 from 2-4:30PM followed by a brief service at 4:30PM both to be held at Fredendall Funeral Home in Altamont NY. Friends and family are invited to gather at 5PM, at the Altamont Town Hall. In lieu of flowers, donations may be made to the Altamont Free Library, P.O. Box 662, Altamont, NY 12009.
To order memorial trees or send flowers to the family in memory of Thomas R. Spohr, please visit our flower store.